I’m very uncomfortable writing these reviews for Hanako-san. The only reason why is because of all those dashes I have to include in the title. It just bothers me so much! Before, I had an “A Look At” Section which was literally just my small-ish collection of episodic reviews. However, I decided to get rid of that completely simply because my ID: Invaded reviews including a reptition of colons in the title. If I didn’t get rid of that, titles would look like this: “A Look At: ID: Invaded – Case File 0(x)”. Sorry, but consecutive colons and dashes / hyphens in a title bother me so much to the point where it couldn’t hurt to casually go out of my way and delete an entire freaking section of my blog. No biggie. Sadly, I couldn’t think of any other way around Hanako-san’s dashes and hyphens. Good luck me.

Ahem. Time to get on topic. You guys won’t believe this but I’ve finally caught a few negatives about Hanako-san. It always bothers me whenever something seems almost too good. Hanako-san was starting to give me qualms…Thankfully, the thinking part of my brain finally kicked in whilst watching Hanako-san and now, I have a little more to share besides “light comedy”.

In Hanako’s third episode, we focus on yet another mysterious scooby-doo rumor floating around school only on a more large-scale and life-threatening basis. Looking back, last episode felt more like a set-up in order to logically and emotionally prepare us for this slightly harder hitting episode. Kind of like a warm-up stretches before the sprint y’know? Now I’m seeing why last episode felt unusually half-hearted in its comedy and more prominent in explanations and info. Hanako-san seems like more like a slow but steady one-thing-at-a-time show rather than a multi-tasking monster show. I’ll gladly take either one. It would be even better if Hanako-san could transition between the two though.

I say this episode was “harder hitting” than the previous but I don’t mean it was bringing me to tears and scaring the bejeezus out of me. I’m a litte emotionally unstable but not that much guys. I simply mean this episode’s outcome feels heavier and more pressuring than the last’s stakes and results. Especially considering that the yokai we’re going up against this time isn’t just a measly bad. It’s one of the seven big bad, the Second (currently unnamed) Wonder! Tremblies.

Although last episode was a nice segue into this heavier follow-up, this follow-up doesn’t do as clean of a job with tone as the previous’ did. And the previous wasn’t exactly ground-breaking either. The last episode felt like a light exposition for a darker future event. The last episode used feathery battles and its effervescent humor to get that spoint across. This time around, I’m having a hard time distinguishing what this episode wants to convey tonally. It seems like Hanako-san wants to be dark here but at the same time, it wants to keep it light and relaxing yet, it continues to build tension… only to cancel it out with humor again?! Okay, now you’re just taking it too fa-and then it builds the comfortable air up again! I think Hanako-san wanted to somehow mold the two seperate tones into a brand new tone fitting for this episode however, that attempt came out more sloppy and confusing than intended. It was a bit tiring having to move back and forth.

This isn’t a flaw I’m going to go absolutely bonkers over and I honestly don’t care whether its fixed or not. In Hanako-san’s first episode, Hanako-san already established it has the capacity to make thorough tone shifts and solid combinations. Therefore, I’m not worried for Hanako-san’s future portrayals. This episode just wasn’t its cleanest. Its not the end of the world.

I suppose now is the time to douse this episode in flattery right? Ahaha, nope! I have more negatives to share with you all! Although Hanako-san can offer a relaxing, fluffy experience in comedy, there’s really not much more to its comedy and we are all sadly aware that if you happen to have been born an anime, you cannot be a one-trick pony! There are plenty of anime demises’ to show for it. Its episode three and I’m already finding Hanako-san’s fizzy comedy beginning to enter a dull stage like that of repetitive moe shows. My disinterest isn’t so extreme to where Hanako-san needs to change next episode or i’ll drop – no – I just feel it’d be in Hanako-san’s best interest to expand its horizons and stirr up its comedy pot. Who wants to watch the same thing over and over again right?

Ultimately, Hanako-san offers a decent episode. It was a step-down from both the first and second but it wasn’t ground-shatteringly atrocious. Tone shifts are on the sloppy side and Hanako-san’s style of comedy is beginning to rivet its head towards repetivity and dullness. Nonetheless, Hanako-san is still the same Hanako-san as always including our convival cast, gorgeous art that gives me heavy Demon Slayer vibes, splendous voice acting, A BANGER OPENING AND ENDING AND I MEAN B-A-N-G-E-R and a simple but very compelling storyline. I’ve always been a sucker for highschool supernatural mixes okay? Looking forward to more Hanako-san. I can’t say the same about the consecutive dashes and hyphens though.

Thank you for reading!

Brainless reviews & rants on anime that I like to pretend are professional. My hobbies include feeling tired 24/7 and sketching eyes. View all posts by Inskidee

Hi there, I'm Inskidee, author of the Inskime hole. Jump in and make yourself comfortable. It's FuNky TimE.

I’m Bored, Here’s a Tsun for You 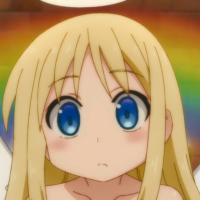 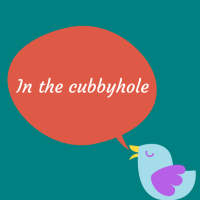 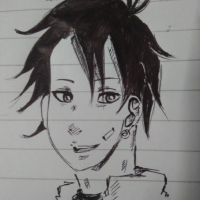 Come chill on the couch.

Fan Of A Certain Age

Teaching Skills With The Help of Anime

A small room for myself

Welcome to Our Place With Anime, Gaming and the Occasional Rant

Creativity Is a Wild Thing